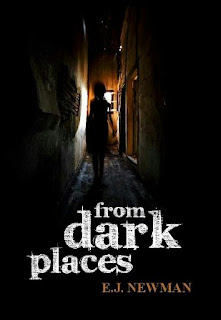 For our first author feature we're bringing you a fantastic story of self-made success. My good friend Emma Newman podcasted her YA novel 20 Years Later (yes podcasting is self-publishing) and it grabbed the attention of a traditional publisher. This is happening more and more lately and it's bringing new life and purpose to self-publishing.


Emma's work will soon be available through that traditional publisher and I couldn't be happier because people, you are going to LOVE her writing! Her novel 20 Years Later will be available July 5th but you don't have to wait that long. Her anthology, From Dark Places released April 5th! Emma originally self-published 11 short stories as an e-book, before securing a contract with eMergent Publishing for a new edition in e-book and paperback formats.


Before we meet Emma here is a bit about From Dark Places:

E.J. Newman’s debut anthology is a dark and twisting journey across the urban landscape, mining the rich seam of human frailties with insight and humour. The stories traverse the magical and the mundane, where supernatural beings are indistinguishable from their mortal counterparts in their complexity and complicity. 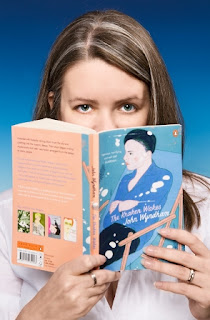 Now that you have a good case of the chills please welcome Emma Newman to the Critique Sisters Corner! I love dystopian so you had a built in fan in me the moment I read about your work. What inspired you to write an anthology?
Emma: Hello! Funnily enough, I didn't set out to write an anthology, it happened accidentally as I fell back in love with short stories after over 15 years of avoiding them. When I was 17 I wrote a short story that got me into Oxford University to study Experimental Psychology. Whilst that was wonderful, it also triggered a ten year long writing block. Even when I started to write again ten years later, I avoided short stories for a long time until there was a competition online that a friend triple-dared me into entering. It was the first short story I had written in over 15 years, and would you believe it, I won! That's why my website looks so pretty - the prize was a website design!
Anyway, once I caught the bug again, I wanted to write more, and found that I like to write short stories inspired by prompts. I hit upon the idea of my Short Story Club as a way to beat procrastination and get lots of prompts to choose from. It's free to join and members receive a short story written by me in their inbox every month, inspired by a winning prompt submitted to the blog. The winning commenter has the opportunity to read the story prior to its release to the club. There are almost 300 members now.
Anyway, between that and writing stories for the Friday Flash community, I had enough to make an e-anthology and experiment with self-publishing. How I came to get a book deal, well, that's another story!


Those of us who bought From Dark Places in its first incarnation know all the secrets and twists but is there anything different we might see in this new version from the publisher? Or if not, could you tell us something we may not know from your website for those who haven't read it.
Emma: Well, the first edition only had 11 stories. The new edition has 25, and one was written especially for the anthology. It hasn't been read by anyone other than my editor. Oh, and my husband, but he gets to read everything first! All of the stories have been lovingly edited by Jodi at eMergent Publishing, and I am feeling so much more proud of it as a result!


I'm so excited that there are more stories! Which character in your anthology was the most fun, interesting, or challenging to write and why?
Emma: The most fun character was definitely the wife in "The Letter" written as a parting shot as she is leaving her husband. The first line of the letter: "The dog is in the oven. Don’t open it, it’s too late. I’m sorry." just popped into my head and the rest of the letter just flowed out. She is so angry and vicious, it was great fun to just hear what she had to say. As for the most interesting character, I think that is Harry from "Everything in its Place" who has crippling OCD. That was my editor's favourite story, and I really enjoyed thinking about how his disorder informed all of his actions.


That is some first line! We know that 20 Years Later will be releasing this July but what do you have planned after that? A sequel perhaps?
Emma: 20 Years Later is the first of a trilogy. The second book is 20 Years Later: Legacy and is currently with my beta readers. Book 3 (20 Years Later: Revelation) is still being written, I have about 30,000 or so words left to write for the first draft.

After that, I'll be off to the Split Worlds, which is a quirky urban fantasy setting that I have already started to explore, but had to pause to finish the 20 Years Later trilogy. If you want a sneaky peek, you can read the stories I've already written here. I plan to write 53 flash stories in total, and then three novels set in that world.  And I am already building a collection of short stories for From Dark Places: volume 2!


Any closing thoughts to leave us with?
Emma: Only to say that I hope you enjoy the stories, and thank you for having me! Oh, and if people buy the book, in either print or e-editions, they get access to a super secret area on my website where they can find out how each story came to be written. Signed copies of the print edition are available to buy at my website, by the way.

I'm off to get myself one of those signed copies! Join me here peeps! To follow Emma on Twitter click here. Congratulations Emma. I can think of few more deserving than you. And thank you for joining us to share your inspiring story!
Posted by Linda Gray at 10:55 PM