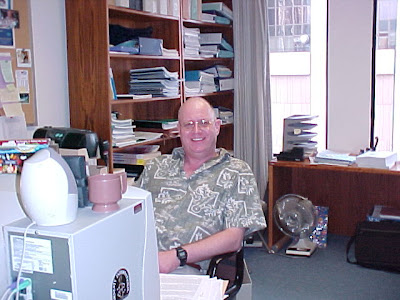 2009, August. Honolulu Hawaii. A group of eight were huddled around a desk with William Bernhardt. I was in the midst of fabulous authors fine tuning their skills. Reflecting on that time, I smile. Green comes to mind as my experience, and ability, compared to this group's trailed in comparison. But that's why I attended... to learn. This is where I met Linda and Heather, and we've stayed connected.

The memory of that conference lingers on, as do the stories that the other members of our group were writing. Last Dream Before you Die is one of those stories, and the author is Paul Dalzell.

Paul is a fabulous story teller, and a talented author. But more than that, he is one of the nicest people you would ever hope to meet. I hope you will all join me in supporting this author's success with his novel, The Last Dream Before You Die.

The Last Dream Before You Die by Paul Dalzell

Jack Bone is a detective, and nothing gets in the way of solving a case—not even the recent death of his partner. Still reeling from loss, Bone accepts an assignment in Wolfston, investigating the profitability of England’s last woolen mill. There’s something strange about the staff at the mill, though—especially the night shift, who seem to have a lot of secrets. The employees at the Wolfston mill are vampires, and they don’t like Bone snooping around.

He escapes unscathed, but that isn’t the end of his troubles. Bone’s busy caseload also includes the suspected smuggling of illegal aliens into England in trucks owned by Astra Clothing. Nearby, in Leeds, he encounters the Russian gangsters who are running the show. In a curious twist, he finds safety with the Wolfston vampires, who agree to help him with his case while keeping him safe.

Bone is right on the gangsters’ tail when they produce their own powerful vampire, threatening the lives of Bone’s close friends and family. Fearing further loss, he vows to bring the Russians to justice before it’s too late, but how can he fight an immortal foe? This might be Bone’s last case, but he won’t go down without a fight.

Paul, best of luck and success with your novel. I'm looking forward to reading it. I'm sure it will be waiting for me at home when I arrive.

Everyone else, please join me in wishing Paul the best of luck with his novel!