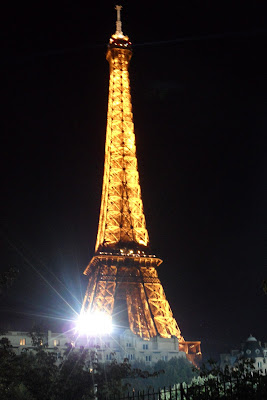 When goofing off with your spouse a movie is the best place to go. Structure. Character. Setting. Dialogue. Story. I always learn something from every movie I see. It’s amazing how the format of the script follows that of writing. And this Woody Allen film was definitely written for authors, or anyone wanting to be an author. It also held a deeper meaning...
Follow your dreams and don’t sell out for easy because it’s profitable. As the author of Midnight in Paris (I feel safe to say) Woody Allen believes that writing a novel is far more difficult than script writing. Woody Allen's heart spoke volumes in this fun and insightful movie. I also believe his dream had always been to write a novel.
Then the humor, that all writers can appreciate, is embedded throughout—Owen Wilson asks Hemmingway if would read his novel. Hemmingway’s reply: “No. I won’t read it because I’ll hate it. I’ll either hate it because the writing is bad, or I’ll hate it because it’s good and I’ll be jealous. Writers can never critique another writer’s work because we’re all in competition.”
Times have certainly changed from the 1920’s to today. But the art of story has not, or the dream of writers to runaway to Paris and write.
If you met Hemmingway, F. Scott Fitzgerald, or T.S. Eliot, what would you ask them? Better yet, how would they respond to that question?
Enjoy the Journey.
~ Karlene
Posted by Linda Gray at 7:52 AM